What I learned when my son died 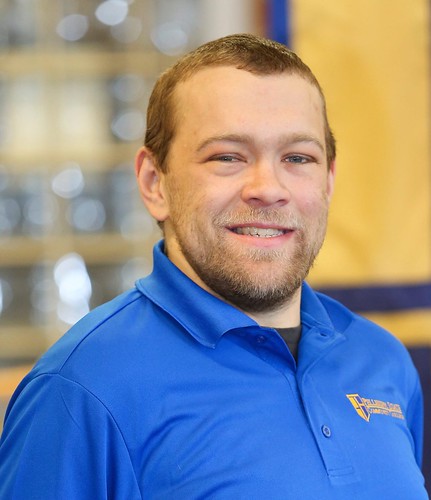 I have learned some hard lessons recently. I wrote this last week:

It seems so wrong to be sitting here in his hospital room, him over there so quiet, because he passed away this morning — my beloved 32-year-old son. The flu in addition to his destroyed kidneys and brittle diabetes was just more than what his poor battered self could manage. He had been trying so hard to take care of himself. He had just started a new job that excited him at the same college where I teach, and he had solid plans for what he was going to do when he finished his degree. I’ve lost count of the number of times he was hospitalized in his short life, and he came back from the brink so often that I think it had become almost routine to him. So although this is not unexpected, in a way it is a terrible surprise. I am devastated. Rest in peace, Barry Jonathan King. At this moment, may you be flashing that trademark smile playing in the coolest drum corps ever. Say hi to your mom and your grandparents for me. You and Granddaddy King will enjoy a lot of laughs. I love you, son.

At time like this, of course, words fail. But words are my stock in trade. Like a map to the territory, words will never replicate or replace experience, but well-chosen ones can still give a sense of the experience and point to it.

I had not intended this as my first post in a long time, but there are many things I had not intended. I had intended, for instance, to go through my old ties with Barry about now. He recently had grown interested in developing a more professional appearance, and I had promised to share some of my ties and show him the four knots he really needed to know.

I learned a lot of things during this process of loss, some of which have to do with speaking and communication. Some of them follow.

I am so glad that Barry ate Thanksgiving dinner with us, and again dinner on Christmas. I don’t remember what we talked about, and it doesn’t really matter. Speaking is more about conveying emotion than information, and that’s the case whether we speak from a stage or sitting around a dinner table.

I also got to spend time with him as he trained with a group that I regularly train. New Student Orientation leaders hone their skills twice a year as they prepare to connect new students into the college where I teach. They work hard to convey accurate information, but they also understand that mostly they serve a serious emotional need to give context to the information, give a framework, and help students overcome fear of the unknown and develop confidence going into this new situation. Barry was proud to be part of this group, and he even worked with me to present a session on dealing with the college’s Disabilities Office.

Through that training, he not only identified his strengths as a communicator, but also areas for growth. He commented to me that standing up and speaking involved a lot more than what he thought. I am glad I got to work with him those last few days at something he was excited about.

I also learned that I have not been talking to his sisters enough. They live in different parts of the country. Honestly, I dislike talking on the phone, and so it has been easy to go for months at a time without talking to them. Through some honest talk during the mourning process, I learned just how hurtful that has been. Again, it doesn’t matter so much what we talk about, but it matters that we talk.

Lesson: talk to the people you love.

Say what you have to say

Because of his ongoing health problems, I knew that each time I talked to Barry could be the last. Still, he had been taking better care of himself, and he had gotten some technology recently that helped him do so. He had more optimism than in the past, making plans for the future and allowing himself some hope. So his sudden demise surprised me.

I had gotten in the habit of hugging him whenever we left each other’s presence, but I wanted to talk with him about so much more. I thought I had time I didn’t.

You mostly communicate who you are

People always say nice things about people who have died. But as I heard stories from his friends in the days following his death, they wanted to be clear that the things they told me went beyond simply being nice. I heard story after story that independently established a picture of a young man of exceptional character and loving nature.

Numerous times, independent of each other, I heard of Barry bringing two people who thought they didn’t like each other together, leading them to form a friendship that has lasted for years.

I heard of times he took someone he worked with home because the co-worker was homeless, and Barry made sure he had food and a place to sleep indoors.

I learned that he befriended a woman who had “lost her music” and encouraged her to find her voice again, leading to a revival of a central part of her identity.

Story after story of his kindness and his wisdom. If success is measured by what people say at your funeral, my son was a rousing success.

I would rather not have learned these lessons, not this way. I’m still processing it, and will be for a long time. But my son inspired me to “get back on the horse,” so to speak, as he did many times, and to keep on keeping on. I think in these last few years, Barry had begun to look up to me again. I want to be a man worthy of that regard.

Thank you, Barry. I really miss you, son.