How pelicans got their beaks 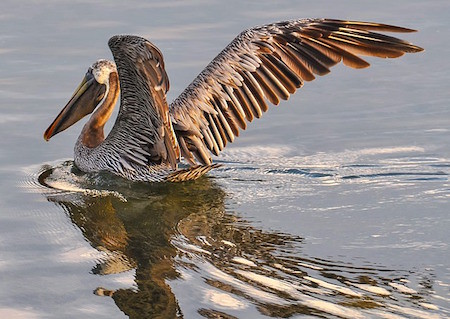 You can’t force creativity, but you can remove the roadblocks.

At the risk of sounding like an old fart (because, after all, I am one): I believe I have noticed a decrease in the ability of incoming students to think outside the pigeon hole. I don’t think students are any less intelligent, but I do think it is one of the unintended side effects of “No Child Left Untested” foisted on the American public in a well-intentioned but misguided attempt to improve public education.

I don’t want to trot down that side path right now. Regardless of the cause, I am sure I see students struggling to think creatively. You might struggle as well.

Right now in my college classes, we are going through a round of impromptu speeches. Contrary to the stereotype, impromptu speaking is not about either babbling or BSing. Effective impromptu speakers actually carry a few patterns and strategic approaches around in their heads that can apply to any topic. (I will talk about those patterns in another post.)

Before doing this speech round, we talk quite a bit about those patterns and strategic approaches. Despite that preparation, students often struggle to apply them. Analysis suggests a few things that get in the way of their creativity, and if we can remove those barriers, their natural creativity can break out of the sarcophagus erected around it by formal education.

What does this have to do with pelicans?

As one of the impromptu prompts that have in past years led to fun, creative responses, I threw out this one: “Create a myth that explains why pelicans have large beaks.”

Even though we explained that “myth” does not mean “untrue,” but rather means “an explanatory story,” students struggled to give more than a cursory, literal response (with the exception of one student who drew on his vast background in gaming to craft a dark origin story). They came up with things like, “Pelicans have large beaks to help them fish…. OK, at least 55 seconds left….” The one who handled this question effectively got beyond the three barriers. Though his response wasn’t perfect, it was creative and produced great raw material.

In a later post, I will discuss ways to prepare for impromptu speaking, but I wanted to get this underpinning out first because if you get boxed in by these common barriers, the approaches will do you no good.

How do you box yourself in?