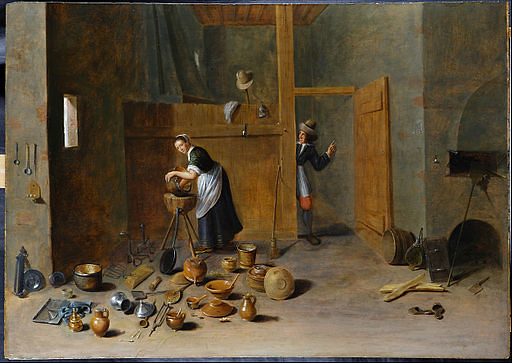 I had a great idea for a blog post. It came to me while I was in the kitchen, working on making an omelet for me and fried eggs for my wife. The stove was hot, the butter at just the right temperature in the pan, so I couldn’t go write the idea down right then. No problem, it was a great idea, I would remember.

Yeah, right. How many times have you done that? Based on your experience, how likely was it that I would remember it?

I get great ideas in the shower all the time. Later, all I can remember is that I had a great idea.

Writers and speakers starting out (which includes people communicating for their jobs and students) often fret about “where do I get ideas?” It happens so often, I’m going to write a book about generating ideas. But here’s the open secret anyone who has been doing this for awhile knows: getting ideas is easy. Capturing them, taming them, developing them–that’s the real challenge.

If you communicate for a living (and you all do), you need to start with capturing the ideas. It’s not that every idea you have will be wonderful, but rather that you won’t have a chance to find out if it is wonderful unless you capture it.

Case in point: while I was writing this post, a good title for the book occurred to me: Capturing and Taming the Wild Idea. Before I wrote the last paragraph, I popped over into a file I keep in Evernote for ideas and wrote that one down. It was simple because I was already at the keyboard. What it took, though, was a willingness to momentarily leave the flow of this post to open another program.

That’s a challenge on two sides. For one thing, I am tempted to think, “I have a flow going here. I’ll write that idea down later, maybe develop it a bit.” That’s when I’m likely later to only remember that I had a great idea.

On the other hand, there is a realistic possibility that I will get sidetracked–jotting down not only the idea, but related thoughts around it. I could easily wind up having no finished blog post.

So I have learned to just jot down the idea and come back to what I was working on (this post). Once I have preserved the idea (in my experience), I have no trouble picking up with it where I left off.

Of course, you have to write enough that later you know what it meant. I cleared the list a bit yesterday, and wound up deleting five or six lines that I have no idea what they meant. In a way, I’m OK with that–if I can’t remember what they meant, they probably weren’t good ideas. Most ideas never come to fruition. You just need to capture them so you can evaluate them later, and sometimes evaluating means, “What the heck was I thinking?” and hitting delete.

With it preserved, though, later you can come back and massage it, squeeze it into a little different shape, combine it with another idea, research it, mull it over–but only if it is there.

I frequently get ideas in the shower and while driving. I can’t pull out the keyboard in either situation.

Ideas in the shower

My wife has heard me complaining about losing great ideas in the shower, so she got me a pad of Aqua Notes (affiliate link). It’s a waterproof pad of paper (heavy-weight paper) that comes with a pencil, both of which have suction cups to attach to a shower wall. It has saved many ideas, and you can get several ideas on each sheet, which makes it that much more economical.

I don’t want to encourage distracted driving. But once you start generating ideas, I know that you will give in to the temptation of recording them somehow while you’re driving. I’m going to devote a whole chapter to this in the book. But for now, I want to recommend an app called Say&Go (iTunes). (So far, I haven’t found a true Android equivalent. If you know of one, please put it in the comments or tweet me (@donnellking).)

Put it on your home screen. All you have to do is hit the button, and it will record for seven seconds without you having to do anything else. Seven seconds is enough for you to leave a reminder that you can listen to later. Set it up when you’re not driving, and you can have it automatically save to your Dropbox account, which means it will automatically show up on your home computer.

I can let you know when the book is ready. When it first goes up, it will be available free for a few days on Amazon, and I’d be happy to let you know about it. Just let me know how to remind you.

Ideas are not the hardest thing, but they are essential, and unless you capture them somehow, you can’t evaluate them. Set up routines and technology (including paper and pen) to make sure you can capture ideas fresh out of the shell.