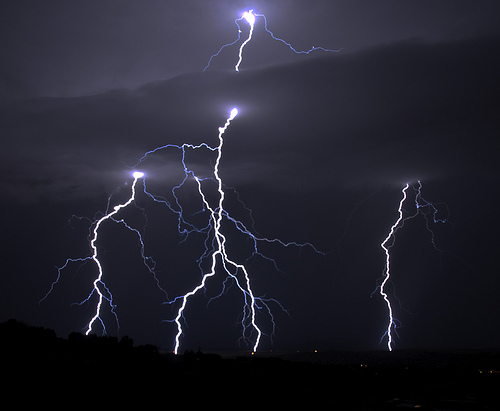 I’ve been thinking a lot lately about the difference between being humbled and being humiliated.

Context: As many readers know, we have a 10-year-old daughter who is severely disabled. Home nursing keeps her alive. Our commercial insurance will not pay for maintenance care, and the nursing costs almost $1,000 a day (a bargain compared to the hospital, which sometimes costs $50,000 for a day’s stay). We have no choice but to take advantage of state insurance, and we can only qualify for state insurance if we have no savings or assets. That means when we have an emergency, we are stuck, since we are, in essence, not allowed to be financially responsible.

As you can imagine, this is rather frustrating. At times, it gets really dangerous for everyone else in the family (our daughter gets taken care of).

Earlier this month, the one vehicle we’re allowed (other than the specialized wheelchair van dedicated to our daughter) broke. A part literally broke off the engine, sidelining it. Without it, I can’t get to work (we live in an area without public transportation), so we had to spend whatever it took to fix it, leaving us $32 to get through the rest of the month.

After some brainstorming, we placed a page on GoFundMe.com. I had been planning for some time to write an ebook about our daughter and what we have learned through her journey. Simply pushing to finish the book and publishing it would not have brought in enough income fast enough to keep us functioning, however, so instead we asked people to help fund the writing of the ebook (and help the family in the process), and as a way of saying thanks I will send supporters the ebook as soon as it’s finished and list them in the ebook as one of Hannah’s Guardian Angels.

I could not bring myself at my age to simply ask people for help, and perhaps that is, itself, a weakness of mine. But it just felt humiliating–a bad feeling. However, having something to offer in thanks has resulted in a different experience–that of being humbled. I don’t like being in this position, and I cannot express how frustrating it is to be forced into it by a combination of circumstances and government policy, but a humbling experience is not a bad one in itself. In fact, I think it will make me a better speaker, writer, teacher, father, husband, and human being.

Ultimately, though, it’s just a different way of looking at the situation, and taking some initiative in an area I happen to have a little control over.

If you would like to consider becoming one of Hannah’s Guardian Angels, you can read about it here.

What are some important distinctions you make?

On hiatus for end of term

Teaching as curation
Logging In...