‘Be kind’ depends on kin 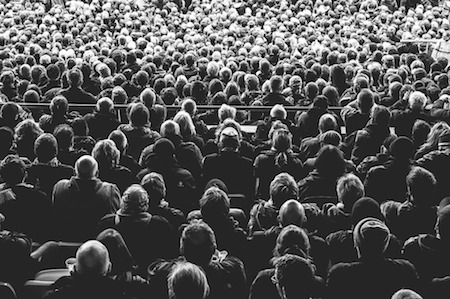 It seems built into our biology that we are tribal creatures. Much of what passes for racism or nationalism or sports rivalries are simply specific applications of this human tendency: I prefer members of my own tribe over those of any other.

I realize Western author Louis L’Amour did not set out to write histories, but I also respect him as a writer partly because he worked so hard at historical accuracy. At a time when Hollywood and most writers depicted Native Americans in stereotypical terms, L’Amour always wrote of them with respect. So I think he was accurate when he noted that in many aboriginal languages, the word for “enemy” and “stranger” were the same.

Who do you consider to be part of your tribe? It affects the way you treat other people.

The late Susan Jeffers learned to think of audiences not as strangers but as “friends I haven’t met yet.” She said it completely changed her experience of speaking hundreds of times a year.

I started thinking about this when a friend of mine, Anna Haney, who is living with cancer, posted this on Facebook (used with her permission): “Since my diagnosis in March, I’ve learned that two dear friends are also fighting this battle. Also learned that another friend who has another kind of cancer is very ill. Everyone is fighting a battle. Why then, can’t we just be kind to one another?”

I like to dig into the history of words, and it doesn’t take a lot of digging to find that the words “kind” and “kin” have common roots. It’s almost as if the word “kin” was a verb. We are naturally kind to those who are kin to us.

I’ve used this story before, but it bears repeating, even though I can’t remember the original author for proper credit. The writer told of being in a grocery store and getting less-than-stellar service from the woman running the checkout. It irritated her enough to lead her to complain to the manager, who said, “I’ll speak with her. I’m sorry. This is her first day back after a long absence. Her husband just died after a long disease.” The writer’s attitude immediately changed. “Oh, I’m sorry! Don’t say anything to her; I understand.”

Her point was not to excuse bad service. Rather, she wondered why it is that our base assumption is that the “other person” is just lazy or uncaring. Why don’t we assume other people are having a bad day?

I think that when the “other person” becomes real to us, we are more likely to make kind assumptions. When we relate to their struggles, they suddenly become kin–we can relate to what they’re going through.

Can we make kind assumptions, even without knowing for certain what battle the other person might be fighting? Can we become kind by enlarging our circle of kin? I’m trying.