Patterns: they rule us, and we rule by them 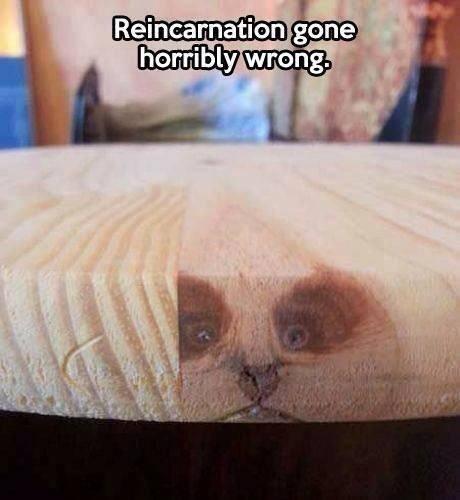 I’m sure at some point you have looked at a cloud in the sky and said, “That one looks like Mickey Mouse.” You have seen a picture of a famous person on a piece of toast. You have thought the car in front of you looked as if it had a face, and it was smiling at you.

Human beings seek patterns. It’s how we recognize faces, but it’s also how we see faces where there really are none.

We tend to live by patterns as well. We develop routines that reduce the number of decisions we need to make every day, thereby avoiding decision fatigue. Routines and habits matter because willpower is weak.

It’s the reason I’m writing this, even though it’s the morning of Christmas Eve, when most people who don’t have to go to work today are either taking it easy or getting ready for tomorrow. (By the way, thank you to all the retail workers, medical folks, emergency personnel, media workers, etc., still out there working today keeping our society running.) I have learned that I need to write every day, even if only for a little bit. When I write five or six days out of seven, I am likely to keep it up. If I slip out of the pattern, the habit, the routine, suddenly one day I wake up and I haven’t written anything except grocery lists for months.

Your pattern may vary, of course. You may need to set a word count target, so to speak. How many widgets do you need to create at a time to establish your pattern? How many doughnuts to you need to bake very morning? Writers have traditionally used word counts, but it has worked better for me to establish a minimum time. I’m actually writing this paragraph the day after Christmas. The writing on Christmas Eve fell far below my usual production, but the most important aspect was that I kept up the pattern of writing something very first thing after getting out of bed and using the bathroom. It’s partly flossing one tooth. Once I’ve written a sentence or two, I tend to keep going. But it’s mostly continuing the pattern.

I didn’t even have to think about it. I’m not completely secure in it yet, having only re-established the pattern for a month or so, but it was pretty automatic this morning–roll out of bed, get my hair out of my eyes, sit down, and start writing on whatever struck me. Today it was this post. Earlier this week I wrote 1,300 on the book about things I’ve learned from my disabled daughter. But I didn’t have to make the decision. I just wrote.

Most people seem to worry about breaking bad habits. Forget that. Don’t break bad habits. Replace them with consciously chosen habits. Don’t try to establish too many all at once–it will get overwhelming, and you’ll stop doing any of them. One or two, or at most three, at a time. People overestimate what they can accomplish in the short term and underestimate what they can, through steady progress, accomplish in the long term. The long term will be determined by your patterns.

Make a choice. Or not. Either way, there will be a pattern.