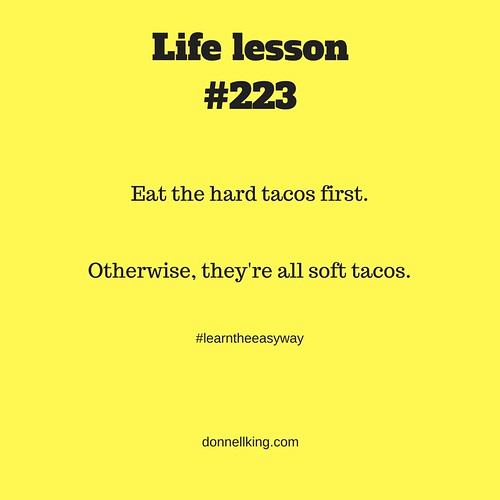 I had a similar conversation on separate occasions with two of my kids following some unwise choice both had made. It went something like this:

Way too often in my life, I’ve either been the second kind or the third kind. But over the years I’ve gotten better. I’m doing a lot more of the “learn the easy way” approach.

We are surrounded by example of people who just don’t learn, no matter how hard the lessons are. 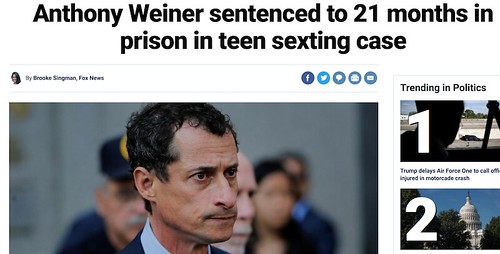 This line of thought was sparked by some tacos this evening.

As I write this, I’m taking care of my disabled daughter because we didn’t have nursing coverage this weekend. Because time is short, my son (not the recipient of the aforementioned lecture) brought home a box of fast-food tacos, a mix of hard shell and soft shell.

Growing up in rural West Tennessee, I ate my first taco at age 19 on a date. It was a disaster—not the way to impress a girlfriend. But she was patient and showed me how to not look like a farming accident (thank you, Susan!). I was embarrassed enough that I didn’t eat another one for probably ten years. Eventually, I learned things like how quickly hard shell tacos get soggy and disintegrate. In the long run, I even got good enough to eat while driving without having to get hosed down when I arrived (hint: easier to do with soft shells, which also tend to hold the moisture better).

So when supper arrived tonight, I didn’t even have to think about it. I quickly chose to eat the hard shell tacos first, because I learned from experience (mine and others).

How about you with your speaking skills? Do you figure, like some of my college students, that you already know all you need to know? You may be the third kind of person. It’s hard to teach those kinds of folks because they don’t know what they don’t know.

Start with this. There’s even a surprise bonus there for you. And take my word for it: eat the hard-shelled ones first.