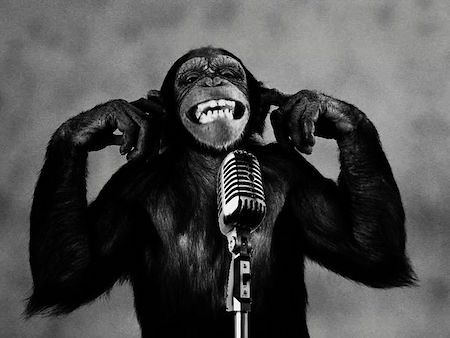 I’m in the middle of a regular gig I love: training leaders for my college’s New Student Orientation leaders. We’ve already had our first event of the season, and we haven’t completed all of the training yet. Part of that training involves using a microphone effectively. Because of the timing of events in relation to training, we still have several leaders who have yet to have the microphone training.

During the first event, though, one of the folks who had not yet gone through the training wound up needing to speak on a microphone during a question-and-answer session. She later commented that it was the first time she had ever in her life held a microphone, much less used one–and she was pleasantly surprised that she really enjoyed it!

Most people find their first experience in such a situation to be intimidating, and she expected to feel that, but she didn’t. She found it energizing.

We’ve talked before about adrenaline basically being liquid energy for your body, and that you can learn to think of it as something valuable, something to be cultivated rather than gotten rid of. I found it intriguing that her first experience was so positive.

Sure, when we get to her in the training (today, according to when this post is scheduled), it will make it much easier to help her be even more effective because she likes using a microphone, But my main takeaway is this: don’t make assumptions about the experience you expect. Who knows? You may, like her, find that this thing that most people report anxiety over will turn out to be fun!