To split or not to split: keeping separate Twitter identities 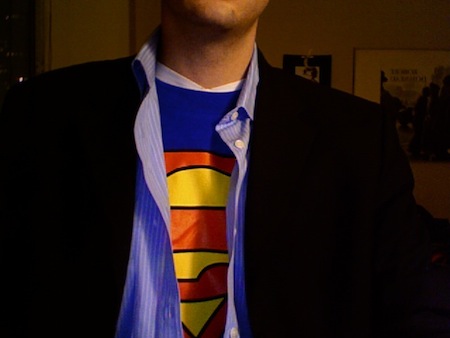 Note: this post mirrors one I posted on the PSCC Mobile Fellows blog. I think it will interest this audience also.

Brandon Ballentine and I talked about this a bit on an episode of our new podcast, Mobile Talk. (Promotional bit: you can subscribe on iTunes or via RSS feed, or look at the Podcast category for past episodes.) Twitter can be quite a useful tool for sharing information among colleagues and students, and there are a number of mobile tools for managing it. (My favorite is Hootsuite, available for iOS and Android.)

There are advantages and disadvantages both ways.

Facebook limits you in a way on this. By their terms of service, you are supposed to have a single presence as yourself. If you want to foster certain identities (such as your work as a book author, for instance), you are supposed to use your personal account to set up a Page. You can post as yourself or as your Page, and people who only know you through your Page will not necessarily have access to your personal information. I have written elsewhere about how I use Facebook vs. other social media platforms; it’s enough to say here that I use Facebook mostly for connecting to friends.

Twitter allows you to have as many accounts as you want, though the email address for a given account must be unique. (In other words, I can’t use my Pellissippi State email address as the basis for more than one Twitter account.) But the ease of setting up accounts on Yahoo, Google, and Hotmail make this a very low barrier. It would be simple if I were one of those folks who tweets about every little thing I do–I would just have one account for the food pictures and opinions about the likelihood of a Firefly revival, another for activities related to my own writing and speaking, and another for academic things.

But I don’t generally post about personal things on Twitter (my Firefly ruminations go to Facebook). Plus, there’s no clear division between the things I write and speak about vs. academic concerns.

I had to decide when I integrated a Twitter feed into my online courses. I never tweet anything that I don’t want the whole world to see, so I wasn’t worried about embarrassing content. But I wanted to avoid even a hint of promoting myself. So I set up a separate Twitter account I intended to use just for posting things of interest to students.

It became a moot point when a technical issue left the Twitter feed no longer working. The “academic” account languished. Every once in awhile, a random person finds and follows it, even though I haven’t posted there in forever, which means they’re missing the useful content from my main account.

For me, a better solution lies in the judicious use of hashtags and shutting down my “academic” account. If I can ever get the Twitter feed working again, I will make it follow my “main” Twitter feed, but only pull in tweets with a class-related hashtag, such as #kingspeech.

That’s not ideal–after all, that takes up 11 characters out of the 140 available. It also means that people who are not students could get subjected to tweets in which they have no interest. But that’s the nature of Twitter, really. And since my academic interests pretty closely follow all my other interests, it should be too disturbing to anyone who follows me on Twitter.

What about you? Do you maintain separate identities in social media? If so, how?