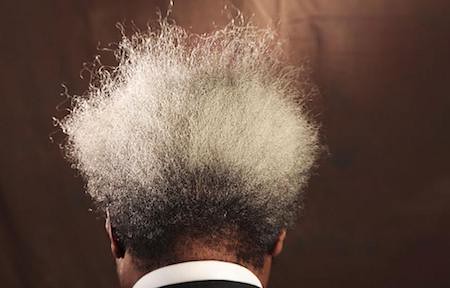 This started out to be a “no big hairy deal” thing–and it really still is. But I have once again been presented with a “lesson,” and I’m going to out my own stumble to share with you, just in case it’s useful.

First, let me acknowledge that, once again, I have been absent from the blog for quite some time–haven’t been in here since May. Life circumstances have changed in such a way that it is inevitably affecting me professionally, and I will make another post about that. Suffice it to say that both my writing and my speaking will change drastically, and while I will still publish to help you be more effective at communicating in your daily life, my approach is going to have to change. But, as I said, that’s for another post.

My lesson started out with a simple enjoyment of a Facebook post from writer Jena Schwartz. END_OF_DOCUMENT_TOKEN_TO_BE_REPLACED

Help The Princess get a ride?

We are seeing the effects of social media unfold right before our eyes in a very personal way.

We have a severely disabled daughter, and she has a chance to get life-changing (for her and for us) transportation. END_OF_DOCUMENT_TOKEN_TO_BE_REPLACED

To split or not to split: keeping separate Twitter identities

Note: this post mirrors one I posted on the PSCC Mobile Fellows blog. I think it will interest this audience also.

Brandon Ballentine and I talked about this a bit on an episode of our new podcast, Mobile Talk. (Promotional bit: you can subscribe on iTunes or via RSS feed, or look at the Podcast category for past episodes.) Twitter can be quite a useful tool for sharing information among colleagues and students, and there are a number of mobile tools for managing it. (My favorite is Hootsuite, available for iOS and Android.)

I’m a trained journalist. But I almost got sucked into one of those outrages that get passed around Facebook even when they are wrong.

I don’t want to add to the spread of a falsehood, so I’m not going to link to the original piece. But for context, I need to tell you my friend linked to a story that claimed Illinois just quietly made it a felony to record police in the course of their duties without their consent. In light of the increased reporting of police abuse, of course any suggestion that such a law passed would lead to outrage.

(Note: whether police abuse is, in fact, increasing or what the causes might be have nothing to do with this post.)

The link also includes a petition to the governor countering this, which at this writing has reached nearly 35,000 signature out of 50,000 needed.

This kind of thing outrages me, and I had my finger on the mouse button to repost it to all my Facebook friends. But something told me to look into it a little further.

Not only is there no truth to the outrage article, but it’s actually the opposite: the old law could have been twisted to make recording police carrying out their duties illegal.

The new law isn’t perfect–opponents quite rightly fear that it weakens the requirement that police obtain a warrant before recording suspects. But as far as whether you can legally record police at work without their permission (and what cop abusing his authority is going to give permission?)–the new law actually makes it clear that you can do so without fear of prosecution, at least for that “offense.”

For the record: it’s legal in all 50 states to record police carrying out their public duties. That doesn’t mean you won’t get in practical trouble if you do so. After all, by definition an abusive cop isn’t following the law. What’s one more abuse? For that reason, a lot of people have begun using apps that stream the recording to someplace in the cloud as the video is being taken–there have been too many reports of police illegally confiscating cell phones and cameras and deleting files or even destroying the devices. If it’s already on the cloud, then the evidence is preserved.

In any case: I am reminded once again of the wisdom of pausing, checking things out before passing them on, etc. Social media has not changed this human tendency to outrage, but it has made it exponentially easier to react emotionally before logic has a chance to ask questions.

The real advantage of social media: it makes it easier to ask for info

Yesterday I worked with a colleague from the college on a new podcast for faculty using emerging technology in higher education. I really love what doing something like that does for my own mind. The cliché (which is true, even if cliché) is that to really learn something, teach it to someone else. Because we were putting together something to teach others about social media in education, it has changed the way I’m looking at social media myself. END_OF_DOCUMENT_TOKEN_TO_BE_REPLACED

I don’t know how long this has been going on, but I know a friend of mine was hit today, and it occurred to me how easy it would be to work this particular scam.

She feared she had been hacked, changed her password on Facebook and warned all her friends to change theirs, just in case.

Of course, changing passwords frequently is always a good idea, and certainly won’t hurt anything. It’s just that this particular scam doesn’t require anything but social engineering, and maybe not even that. END_OF_DOCUMENT_TOKEN_TO_BE_REPLACED

Students need to get a jump on social media

It’s easy to assume college students have social media all figured out. Experience shows, though, that while many are savvy about Facebook, they may not realize they need to build a social media presence in other avenues before graduation rather than after. Sue Murphy notes in her article Social Media Success Tips for Students two particular areas that seriously need attention while a student is still in school but looking to the outside world.

Many students believe they don’t need to worry about getting their profiles up on LinkedIN until after they graduate. But nothing could be further from the truth. You need to get on there. Now. LinkedIN is one of the best places to connect with the kind of companies and people you want to eventually end up working for. And the only way you’ll be able to find and connect with them is to start building your profile there.

She also builds a case for starting a blog–and she’s not talking about a chatty personal journal you share with the world.